Social entrepreneurship and the role of government

This post was uploaded after Amanda’s Global SE experience. 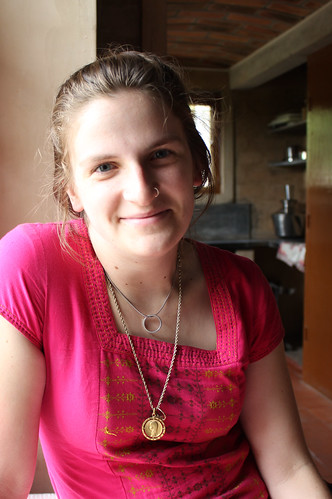 Before going to India, I was politically liberal with a firm belief in a strong Federal government. I’m still a politically liberal college student, but I have started to question the need or even benefit of an overwhelming Federal presence. There are several holes, where I am beginning to notice that the government attempts to cover but is unable to do so effectively. But because of its presence and its size and reach, no other institutions are able to intervene. However, there is a possibility social enterprises can complement the work of a Federal government. If there is a comprehensive understanding of the relationship between the two institutions, then they can work in tandem.
Governments have created some situations where they actually hindered the creativity of social entrepreneurship. Poverty is a problem that is currently being ineffectively addressed by many governments and there are many examples of policies that do not support agencies who want to address the problem. For example, in some States, if you are receiving job training you cannot receive welfare because you are not actively job-searching. Welfare by no means actually solves the problem of poverty. However, it should not necessarily disappear. But rather, it can be designed so that it actually supports the other government and social enterprise solutions.

Furthermore, one of the concerns of involvement of the federal government is how a solution could be applied to an entire country, without regard to the nuances and values that can differ by region. There are some solutions that may work more effectively depending on the particular culture of an area. For example, some cities are transient places to live. People often live there without the familial networks that are seen in small towns and more rural areas of the country. In cities, solutions to poverty must be based on individual incentives. However, in a small community, individuals may be able to access networks and altruism in ways that are harder to do in cities and so solutions to poverty may gain from partnerships. Social entrepreneurship usually develops on a micro-level and then expands. This can provide an opportunity to assess the differences as the programs continue to expand. A solution that is implemented on a national level can prevent local social entrepreneurial solutions.

I’m not an absolute convert. I still believe that it’s important for the government to intervene in larger social problems. If nothing else, it just affirms my belief in the importance of cooperation between institutions. It also points to the importance in evaluating which type of institution handles each situation or social concern best.

As a closing thought, I would like to leave a looming and unanswered thought. When we explore the intersection of social enterprises and the government, we question if there is one type of institution-political or social, that can provide comprehensive solutions to intractable problems like poverty.