Editors note: This reflection was orginally written in July 6th 2012.

I recently went on field visit to two schools, which are run by Hippocampus, the organization that I am working for. We went to get a deeper understanding of the villages that Hippocampus is working in as well as better understand Hippocampus Learning Center. We went on “business” to take pictures and get stories for a Hippocampus News Letter. I have been working with data analysis of the schools, and was very curious to see it in action. But really, when we got there, we were seen as and became tourists. We were curious students. We were privileged white people and, almost as a footnote, we were working with Hippocampus. And, it makes sense that to the people we met in the village, we are all of these things before interns. 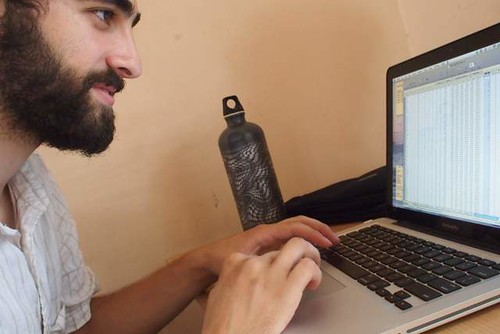 We were welcomed much like tourists and the “business” trip quickly became more of a social gathering. With typical Indian hospitality we were invited back to the home of one of the teachers for chai. As we walked to the home, people would ask, “Where are they from?” “American,” the teacher would proclaim, perhaps there was pride in her voice. It felt a little like being paraded to her home. At her home we met her family and her sisters and son came excitedly to see us. Pictures were taken with us foreigners, and family members taking turns with us. Why were we looked at with such intrigue? Was it because we were American?  Was it because we were perceived as wealthy and from a different world than this impoverished village? Was it because it is so rare for a foreigner to visit the village?

I was seen as a visitor and I couldn’t shake the label. Nor, did I think it was wrong. The people we met work at the schools, and they live in the village and have children in the village. This is their world. Entering this world and being seen as such an outsider made me think of myself differently and ask myself more intensely what I was doing in the village and what I am doing in India.  We come for only 6 weeks to work in India and it would be foolish to think we are primarily coming as ambassadors of change. What really makes us different from so many other foreigners who come and take pictures with poor kids and then come home and share their experience? Is it only that we attempt to be self aware and critical of what we are doing? Does this all mean we cannot make change?

These are some of the questions that I grapple with. I don’t have any clear answers but ultimately I do think we can make change. The important part is not to hide from who we are. And who we are is very dynamic; it depends not only on how we see ourselves but also how others see us. In the village we were American visitors and at my organization we are interns. Of course, even these labels don’t capture the complexity of who we really are. It is important not to ignore the complexity of making social change, especially in different country then your own. We shouldn’t only talk about how we helped others or of the work we accomplished. Instead, when we are aware of who we are in the moment and don’t hide from it, we can address the issues as well as take advantage of the opportunities that come with our label.